Home
Telecom
Get Microsoft Lumia 430 for Rupees 7950 Only

Microsoft Devices has produced its most affordable as well as durable Windows Smartphone till date named Lumia 430 that was announced in March 2015 has now been officially introduced in Pakistan.

This amazingly crafted smartphone with powerful hardware specs; besides its solid build quality like all Microsoft Lumia phones is just amazing. Also, the phone has the potential to become an instant hit, because of its cheap price of Rs. 7,950 only – that is astonishing if you evaluate its overall specs reviewed below. Since other homegrown as well some international brands are offering low-quality Smartphone’s locally close to this price tag, this Lumia 430 will be the tough competitor for them.

This stunningly low-cost at the same time potent Smartphone release by global tech giant Microsoft first of all running is on the latest Windows 8.1 OS – With the upgrade proficiency to the latest version of Windows 10. On the other hand, its hardware specs are its most influential aspect decked with Qualcomm MSM8210 Snapdragon 200 1.2GHz dual-core CPU alongside Adreno 302 GPU and 1 GB of RAM. These hardware specs is usually unlikely to be offered in a Smartphone of this low price, but it’s offered in Lumia 430 by Microsoft – for masses to enjoy efficient performance economically.

Furthermore, the phone has a 4.0-inch vivid screen size having 480 x 800 pixels, alongside ravishing 235 ppi pixel densities. This combination of moderate screen size having high ppi will certainly make the display of the Lumia 430 worthwhile, furnishing brilliant picture quality. As far as the internal storage of the phone is concern have 8GB of built-in storage capacity with the SDCard support up to 128GB for users – who like hefty data storage.

Talking about the rest of Lumia 430 noteworthy features it is adorned with dual SIM support and Li-Ion 1500 mAh battery that can easily provide a whole day backup to a user upon modest use. Moreover, the phone also comes with much famous social networking and instant messaging as we as calling apps pre-installed in it like Facebook, Twitter, WhatsApp. Also, the user can also install many other apps from windows app store, as per their consent.

Lastly, the icing on the cake is that the Lumia 430 also supports 3G, so users can also enjoy high-speed internet from Telco on this affordable device. Not to forget that the phone also offers FM Radio support for users, who likes listening to their favourite radio channels on-the-go can also do it on Lumia 430.

But one of the major downsides of this phone is its 2MP primary camera alongside a VGA secondary one, so users wanting to buy such affordable Smartphone have to compromise on camera – if they want to try their hands on this latest Lumia 430.

This amazing low-priced window Smartphone by Microsoft that is crafted keeping in view the hefty masses of developing countries especially, which cannot afford to buy highly-priced Smartphone’s. Thus people in search of a lucrative Smartphone in lower than 8K price range can opt to go for this newly launched Microsoft Lumia 430. 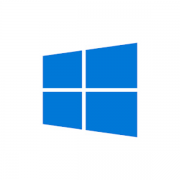