Huawei is thriving hard to earn a place of world’s third-biggest Smartphone manufacturer and seller after giants Samsung and Apple. Huawei is doing vigorous R&D to formulate distinctively designed and decked with power pack specs flagship Smartphone’s to give tough competition other big manufacturers a run for their sales through its former P6 and P7. Following this objective Huawei has launched its stunningly crafted new flagship Ascend P8 Smartphone worldwide earlier is now – gearing up to unveil it in Pakistan soon.

With this newly revealed P8 Smartphone Huawei has emphasized on complete attention to detail, not just internal specs. See below the complete review of this amazing new Smartphone presented by Huawei.

Talking about the design and display of this amazing new release by Huawei, Ascend P8 comprise of a full aluminium unibody design alongside 6.4 mm ultra-slim frame. The most astonishing thing is that the phone almost does not have bezels that make its screen-to-body ratio @ 71.4%.

Other than the design of the Ascend P8 the other high-point is its inside hardware specs, which are equipped with Huawei’s own manufactured Kirin 935 64-bit processor alongside Quad-core 2 GHz Cortex-A53 & quad-core 1.5 GHz Cortex-A53 chipset. On the other hand, Mali-T628 MP4 GPU is also adorned in this model to help support run high-end graphics for users.

Also, whooping 3GB of RAM is also ornamented in Huawei Ascend P8 to boost up the overall speed and multi-tasking efficiency in performance. Overall the hardware specs are power pack, making sure that its users never come across any lag or slow processing speed.

The main camera is the highlight of Ascend P8 it offers some unique professional camera like features, which are hard to find in mobile phones of late. It basically has a 13 MP main camera furnishing a novel feature called sub-pixels: Red, Green, Blue and White, which help produce better images in low light. Furthermore, there is also an anti-shake knack to cure the blur images and also offers DSLR features such as discrete DSLR-quality image processor and a true-tone flash – making sure that users get superlative images.

The secondary camera is also potent having 8MP lens for offering snappish selfies to its user alongside satisfactory video chatting knack.

Ascend P8 comes with Android Lollipop OS Version 5.0.2 but like all Huawei devices, it is running on Huawei Emotion UI on top. The custom made trademark Emotion UI is the latest one to make available smooth user experience.

Some of the additional features of the new Ascend P8 include Dual SIM support with dual standby. The phone also has the protection of Corning Gorilla Glass 3 that can protect it from any scratches and also fall resistance proficiency. Furthermore, the phone supports 3G; 4G LTE, NFC, Wi-Fi and Bluetooth 4.1, these wirelesses aptitude put the icing on the cake kind of capabilities in Huawei Ascend P8. Last but not the least the battery of this flagship Smartphone is of Non-removable Li-Po 2680 mAh that can easily provide one and a half day backup to a user. 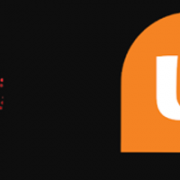