Imperial Garden Homes is well established and recognized luxury residential community officially launched a few years back. This stunningly crafted urbanized housing venture was developed by Imperial Developers in collaboration with Paragon City (Pvt.) Ltd. The project is now fully developed having several fully constructed – as well as inhabited houses. Imperial Garden Homes is spread over 2700 Kanals of land on the most tranquil but developed the southern part of Lahore city. The project is offering world-class living standard to its populace – alongside all required amenities.

This momentous venture known as Imperial Garden Homes is located right on the verge of significant Barki Raod. This situation makes the project situated in close proximity to Allama Iqbal International Airport, DHA Lahore Phase 8 as well as Bedian Road and Ring Road. These vital establishments placed in such nearness to the project make Imperial Garden Homes more viable than other rival ventures.

Moreover, core areas of Lahore like Mall Road, Governor House, Lahore Zoo, Lahore Cantt, Jail Road and Main Boulevard Gulberg are also approachable within 10 to 15 minutes drive from Imperial Garden Homes. This proficiency makes this project distinct than other projects, which are developed in the outskirts of Lahore city, form where travelling to above-cited areas takes much more time.

Imperial Garden Homes have in stock 5, 6, 10, 11, 12, and 18 Marla and 1 Kanal lush residential house spread in the various ideal spots of this huge venture. All the houses plots are formulated so skillfully that they furnish easy access to all connecting society roads and areas to each house residents.

Furthermore, 5, 6, 10 and 11 Marla Imperial Garden Homes is named Royal Villas, and the 12 Marla Homes is known as Spanish Villas lastly, the 1 Kanal mammoth homes are recognized as Luxury Villas.

Thus investors can choose any size homes available in this state of the art master planned Imperial Garden Homes Lahore, to enjoy luxury living with their families. Moreover, the developer has adorned the whole project with such lush green belts all around, which makes the project more attractive.

It merits mentioning here is that a grads style mammoth Imperial Cineplex Mall is opening on the 5th of June, 2015. This mall will have the latest 3D cinema and all favourite local and internal brands outlets under one roof in Imperial Garden Homes Lahore.

After discussing the noteworthy details regarding Imperial Garden Homes, the project does have all features to become one of the most ultra-modern housing schemes of Lahore. The reason for calling it a modern residential venture of the provincial capital is because of its world-class amenities alongside master-planned contemporary infrastructure. On the other hand, the property prices are also competitive if you consider them with its superlative features of Imperial Garden Homes Lahore. 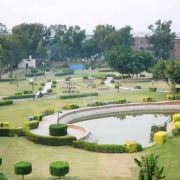