A few days back the news becomes instantly viral that Govt of Punjab has issued an SRO on 28th May 2015 and has imposed hefty 19.5% tax on internet services in the province. This tax was supposed to be charged on all above 2Mbps internet subscribers and also on bills greater than Rs. 1,500 per month – that too with immediate effect from 29th of May, 2015.

But now this ICT and next-generation mobile broadband services killing intent have been withdrawn finally. This breaking news came to knowledge through the budget speech delivered by Dr Ayesha Ghaus, Finance Minister of Punjab on the 12th of June, 2015 in Punjab Assembly. This was the obligatory announcement that brought a sigh of relief for the industry experts, general internet users of Punjab province – as well for other stakeholders including Telcos.

Dr Ayesha Ghaus categorically said that the Punjab government has decided not to tax internet in the province.

Industry Reactions on this Tax:

As soon as this news surfaced two weeks before regarding the Punjab Govt issued SRO for taxing the internet services involving DSL, 3G, 4G, EVDO, WiMAX, FTTH under 19.5% – all the people concern with internet service – became pensive. Furthermore, there were strong reactions came from the general internet users, local websites and also from local bloggers. This reaction was natural and was expected to pounder, because if this tax would have been imposed the internet penetration, which has grown 500% in the last year – would have been shackled.

Furthermore, because this order was supposed to tax the newly born 3G/4G next-generation mobile data services too in Punjab, which is the most populated province of the country mounting subscriber base would also be retrained – that has just crossed 14 million 3G users. Also, the cellular operators of the country, who spent millions of dollars on acquiring the 3G and 4G spectrums last year, would have been heartbroken. Moreover, the expansion of the 3G and 4G coverage in more cities of the country might also have been congested by all operators – due to this tax implication.

Also, all the internet providers also considered this move as a nail in their coffin because Punjab encompasses 56% of the total internet users in Pakistan.

The mass campaign for this internet tax withdrawal was also run by the local digital publishing fraternity of Pakistan – with the campaign called black-out. During these last few days, all the significant local websites were kept under black-out theme in the protest of this tax by Punjab Govt.

Furthermore, a specially crafted satirical image against this tax was also published by most of the famous websites of the country.

Nevertheless, finally, the struggle of the concerned people with the internet services of the country has immerged triumph. This massive criticism campaign from all stakeholders, including PTA (Pakistan Telecommunication Authority) and ICT3, a telecom think tank role was also important – for convincing the Punjab Govt to withdraw this internet tax.

So, now it’s also expected that after this development of not imposing a tax on internet services in Punjab, Federal Govt and other provinces will also follow countries largest province’s resolve and – do not tax the internet in future. 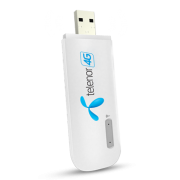