Brace yourself to witness the world’s most ultra razor slim 5.1mm Smartphone by QMobile named Noir Z9. It’s the most brilliantly crafted phone with aircraft resembling aluminium body, making it tremendously durable. Also, the Smartphone is equipped with such powerful specs that will allure prospective customers towards it – as it’s now available in retail markets all over Pakistan.

It’s the latest presentation of QMobile’s successful high-end Smartphone Noir Z series that has recently offered potent handsets like Noir Z8 – which offered true value for money to customers. Coming back to this freshly revealed QMobile Noir Z9 check out what’s in and out is all about of Noir Z9 down below – to make out your purchasing decision.

As we mentioned above that it’s the slimmest Smartphone that has ever been manufactured, crafted at just 5.1mm slim body. Also, the edges of the phone are smoothly curved and the top and bottom sides are flat. Furthermore, the non-removable back provides a glassy look alongside a beautiful silver ring is placed on all four sides of the bezels – making the phone more attractive.

As far as the display is a concern, the phone has 4.8- inches HD AMOLED display furnishing resolution of 1280 x 720 pixels. On top of it, the ravishing 320 ppi make the Noir Z9 screen more vivid and amazingly crispy for viewing.

As the phone is part of Pakistan’s largest selling Smartphone brand QMobile’s flagship series it is decked with dominant Quad-core 1.2 GHz Qualcomm Snapdragon 410 processor. And this heady processor is backed by 2GB of RAM and Adreno 306 GPU, making the phone capable of running any high-end graphics games and even provides smooth lag-free multitasking to users.

Talking about the storage capacity the phone offers 16GB built-in memory to store data, but the downside is that SD Card is not supported in Noir Z9. This will be considered as a major con by prospective buyers, as now a day’s user’s likes to store hefty data in their Smartphone’s that will not be possible to do it on this Smartphone.

The camera is another big plus of the phone has 8MP Auto Focus rear camera with LED flash, which can capture images of the amazing quality of up 3200 x 2400 pixels. It’s also been reported that the camera of the phone is even better than the World’s most popular band’s flagship Smartphone’s cameras. The secondary front-facing one is of 5MP capacity that can also click excellent quality selfies @ 2592 x 1944 pixels and provide fine video calling experience.

This stunningly sleek Noir Z9 is powered by a 2000 mAh battery that can last for the whole day upon the moderate video and wifi usage. Upon just a conventional mobile phone calling and SMS usage that phone can even provide a battery backup of up to two days. There is also a power-saving mode supported in its OS for expanding its battery backup more.

The phone supports 4G LTE network so that users could utilize blazing-fast mobile data service on-the-go. Also, the phone apart from being so slim is also so lightweight only 97gms that makes phone handling of the phone easier. It merits mentioning here is that Corning Gorilla Glass 3 is also their making phone display scratch less. Lastly, another amazing feature of the NXP smart power amplifier is also provided in the phone for more enhanced sound quality. 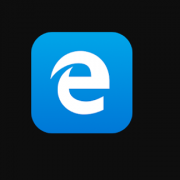